Gerard Eyre was the eldest son of Layton Eyre, and nephew to Charles Lewis Eyre, who was himself an OW. He was born on the 5th October 1890, and joined Westminster School in 1904. He was admitted to Grant’s, where he remained until he left the school four years later. There are limited records pertaining to his life before he joined the army, and we do not know his whereabouts during this interim period.

In June 1916, he became Lieutenant in the 59th Division of the Royal Field Artillery, and was sent almost immediately to the Western Front. Here he remained until 1918, when he was victim of a gas attacks. The injuries he sustained as a result of gas attacks were so severe that he was permanently discharged in July 1919. Although we do not know the exact nature of these injuries, they continued to haunt him throughout his life, and in 1921 he passed away as a direct result of exposure to poison gas.

Charles Westcar Sheppard was the only son of William Sheppard, and he transferred to Westminster from Charterhouse School in 1897. He joined Grant’s House, where he remained for three years. When he left the school, he joined the Crystal Palace Engineering Collective, working with them for over a decade.

He enlisted in the 16th Public Schools Battalion in 1914, before moving to the Service Battalion in 1915. Here he rose the ranks to become Lieutenant in September 1916, before being transferred to the Royal Engineers in 1917.

He served in several locations during his time in the military, including the Western Front and Salonika. As part of the Royal Engineers, his bravery earned him a mention in despatches, and he returned home in 1918. Upon his return, he was employed in the Air Ministry, before passing away in unknown circumstances in October 1918.

Born in April 1898, Herbert was the eldest son in his family, and consequently the first to attend Westminster School. He was admitted to Grant’s in 1912, and often took part in cricket tournaments, where he was a keen bowler. He left the school in July 1914 and enrolled in the Public Schools Battalions just a few months later.

It was here that Todd was invalided, and he returned to England in 1918, receiving upon his return the Military Cross with bar and the Croix de Guerre. By August 1918 he had recovered, and returned once more to the Western Front, where he was killed just a few months later. 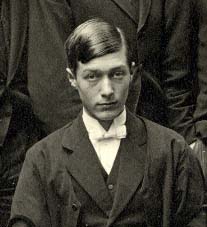 Norman Mortimer Joseph Kohnstamm was the eldest of three brothers to attend Westminster. His parents were Rudolph Kohnstamm, of Hampstead, and Emily, daughter of Jacob Piza, of Maida Hill.

It is the last evening of Lent Term 1915 and the event that I am to describe took place on the last evening of Lent Term 1914; on the evening in question we had our annual fire-escape practice, the canvas shute had been thrown out of window and according to custom I was the first to descend; I managed to get half way down without any misadventure, but no further, there I remained, the lower end of the shute had unfortunately either been retained at the big dorm window or had stuck in a window on the way down, anyhow after a considerable amount of rather unnecessary excitement on the part of everyone but myself I was at length hauled into safety hanging onto the rope that constituted part of the fire escape, the rope I might say is in a distinctly work out and rather precarious condition and I advise no-one to repeat my adventure unless absolutely necessary.

Only a short time into his tenure as Head of House, Norman fell ill with scarlet fever:

…from which I did not rise for 10 weeks, for the next 6 months I was kept in exile and did not return to Westminster until Lent Term 1915. I left at the end of that term somewhat abruptly as I was at last enabled to take a commission, which I am still waiting for as I write.

After leaving the school at Easter 1915, Norman enlisted as 2nd Lieutenant with the 3rd Battalion, the Manchester Regiment in May. He was promoted to Lieutenant on the 1st of February 1916, and later became a Captain. He joined the Expeditionary Force at Gallipoli in October 1915 and remained at Suvla Bay until the evacuation in December. He served in the Sinai Peninsula between January and June 1916.

His younger brother Oscar Jacob Charles Kohnstamm was killed in the trenches on the Somme on the 29th June. And Norman himself was sent out to the western front less than a month later. He was killed in action on the 22nd of March 1918. 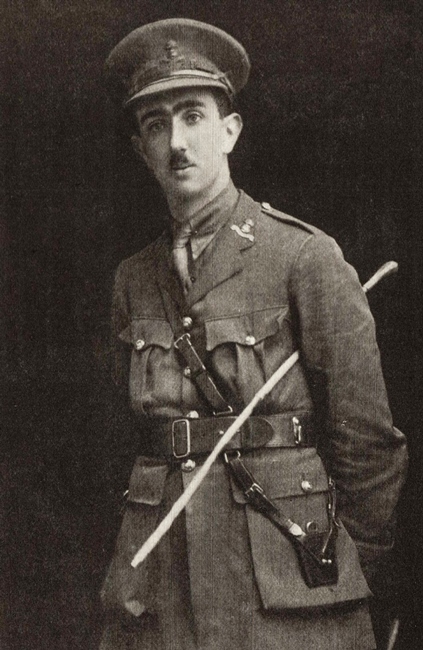 Thomas Henry Liddon Addis went by the name of Henry. His parents had lived in Melbourne, Australia before he was born. His father was the Reverend William Edward Addis, and his mother was Mary Rachel, daughter of Robert Flood, of Sydenham, Kent. They arrived in England on The Gulf of Siam in 1893 with their infant daughter, Robina Law (known as Ena).

The family settled in Nottingham, where they had a second daughter, Annie Brooke, in 1894. But Annie died when she was less than a year old. Henry – the only son – was born on the 24th August 1897.

By the 1901 census, the family had moved to Oxford, where they were living on Holywell Street. They had two servants, Mary Ray and Ada Chauk, and hosted a 26-year-old boarder called Philip E. Richards. During that time, Henry attended the Dragon School, who have shared a thoughtful biography of him in their online Portrait Gallery.

The family had moved to London by 1911, where Reverend Addis was Vicar of All Saints, with Holy Trinity, Knightsbridge. In September 1911, Henry arrived at Westminster as a Homeboarder. He was one of those boys who left few traces in the school magazines or archival record. However, we do know that he competed in the Tug of War in May 1914, and that he weighed 11st 6lb.

The month after he left the school in July 1915, he enlisted as a 2nd Lieutenant, 4th Battalion (Extra Reserve) Royal Dublin Fusiliers. His sister Ena married an Alexander P. Richer in 1915, and they went on to have a son, Alex Neil Richter.

Henry was wounded in the Dublin insurrection on 27th April 1916 and, following his recovery, went out to the western front on the 12th July 1916. Back home, his father died in Twickenham on 20th February 1917.

He rose to Lieutenant in July 1917 and was wounded a second time at Lelonguet the following July. Henry was killed in “Sandbag Alley”, Lempire, France on the 21st March 1918.

In Nottingham, on the grave of the sister he never knew, is written:

“Some of the many in this town who knew and loved him, desire to record on this stone, in token of their never-changing regard, the death of her [Annie’s] father which to their deep sorrow, took place at Twickenham, on February 20th 1917. They bear in memory, too, with pride and affection, his son Henry, who fell in action in France on March 21st 1918, in his 21st year.”

On Saturday, October 3o, Capt. H. A. Wootton delivered to a large and appreciative audience a most interesting lecture on ‘The Geography of the Western Front.’ He dealt with the front in sections, illustrating his remarks by diagrams on the blackboard, and gave us many illuminating details about places with such familiar names as Ypres, Hooge, Hill 6o, &c. Since the maps formed an integral part of his discourse, it is impossible to report his lecture at length, and we hope that this will be a suitable punishment for those who let slip the opportunity of hearing Capt. Wootton.