Eugenius Alfred Roche was at the school for barely 18 months. He was a member of Grant’s House, and after leaving the school in August 1868, trained as an army surgeon. He served in the Afghan War between 1878 and 1880. He reached the rank of Lieutenant Colonel by 1897 and retired from the army 10 years later. He married Louisa Forbes in 1888 and had four children.

It is perhaps as he served abroad that we have relatively few records of his life. Roche was thanked by Secretary of State for Colonies on the occasion of the destruction of Saint-Pierre, Martinique, by volcanic eruption in 1902, for his ‘ready and valuable assistance’. 28,000 people died as a result of the eruption.

It remains slightly unclear why Roche is included on the school’s war memorial. He died at home in Brighton, aged 65 and was not in active service. However, it is possible that he did serve during the war in a medical capacity, and his death might have resulted from this work.

Arthur Lindsay Maury Churchill was born in Sri Lanka, then known as Ceylon, where his father was Director of Public Works. He joined the school, boarding in Riguad’s House for two years in September 1879. Whilst at Westminster he played football with some success, scoring a goal in a house match against Homeboarders. After he left the school he became a doctor at Westminster Hospital, before moving to work at Wonford Hospital, and County Asylum, Lancaster before undertaking general practice in Mevagissey, Cornwall where his mother had grown up.

Upon the outbreak of war, Churchill, then aged 49, joined the Royal Army Medical Corps. He was attached to the Hampshire Battalion of the Royal Field Artillery in December 1914. He was promoted to the rank of Captain and transferred to the London Irish Rifles in 1915. His Batallion was stationed in Greece in late 1916, and then sailed for Egypt in June 1917. Churchill died on active service whilst the troops were training in the desert conditions at El Sahuth.

He is remembered on a memorial Mevagissey and his name was included in WildWorks’ 100: The Day our World Changed, a continuous theatrical event from dawn till dusk, travelling from the harbour of Cornish town Mevagissey to the nearby Lost Gardens of Heligan on 3rd August 2014. 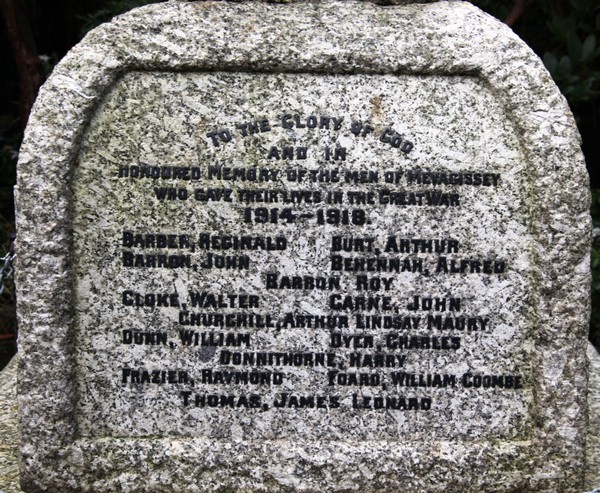 Harold Herbert Tanner was at the school for just two years between the ages of 14 and 16, in Homeboarders house. His father was a surgeon and it was clear that he was going to enter the family profession. He joined the London University in 1903 to begin his medical studies.

He was trained at St. Mary’s Hospital and, in 1912, after holding resident appointments there and at the Hampstead Hospital and Royal Albert Hospital, Devonport he joined the staff of Sir Almroth Wright’s for bacteriological research.

Sir Almroth Wright led the Inoculation Department at St. Mary’s Hospital. This was still a developing branch of medicine. Wholesale inoculation of British troops was attempted in the South African War but due to bitter opposition from influential persons less than 4% of the soldiers received the vaccine. As a result of this blunder the Army had some 58,000 cases of typhoid and about 9000 deaths. During the whole of the Great War there were 7423 British cases, with 266 deaths, in an average strength of 1.2 million.

Sir Almroth Wright continued his research during the First World War, moving his research laboratory to No. 13 General Hospital at Boulogne. Tanner received a commission as lieutenant in the Royal Army Medical Corps in June 1915 and joined Sir Almroth in Boulogne from August. He married Minnie Bennett in October 1915 and was promoted to the rank of Captain in June 1916.

On August 16th he accidentally drowned whilst bathing at Boulogne-sur-Mer.

Sir Almroth Wright wrote ‘I was proud of having him work with me: he did some excellent good work, and would have gone on doing really good things, and that and his kindliness and helpfulness endeared him to me’.

Captain Inman, a colleague in France wrote ‘He had great gifts as a draughtsman, and I have encouraged him to develop them as regards macro and microscopic medical objects; he illustrated my chapter in the Medical Annual of 1916, and very well he did it. The rose irrigator he designed for septic wounds has been a great success. His ability has been very generously recognized by all who came in contact with him, and I feel sure that a career of great promise and ability has been cut short’.

Kenneth Harrison Alloa Kellie was born in Maida Vale on 28th July 1874, the last of seven children. He joined Grant’s House in 1888 and spent five years at the school, before going on to Caius College to read medicine. He enjoyed rowing both at school and at University where he was part of fours and eights and took on some coaching. He was also a freemason and a founder member of the Caius Lodge. 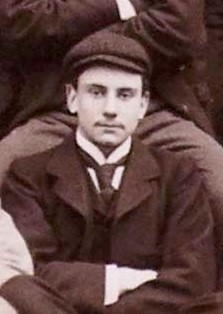 He undertook further studies in Paris, New York and Boston. He married in 1901 and the couple had a child, Charles, in 1902. The baby only lived for a short time and the marriage remained childless. It must have been very difficult for Kellie, who specialised in paediatric medicine, working as a doctor at the Victoria Hospital for Children and the Belgrave Hospital for Children. He also had his own practice in Cavendish Square.

In 1914 at the start of the war, Kenneth was still in private practice and served as a special constable for a while. He was gazetted a Lieutenant in the Royal Army Medical Corps in April 1915 and sailed for France on the 12th May, attached to the Guards Brigade. According to his masonic obituary, he was promoted Captain in April 1916 on joining the Canadian Contingent as second senior Medical Officer. He went to serve in the 104th Field Ambulance at Derancourt, near Albert and was killed on the 25th June 1916. In his will, he left ┬ú1000 to the Belgrave Hospital for Children.