Alexander Gordon joined Westminster in 1907 and boarded in Rigaud’s House.  We do not know much about his first few years at the school.  In 1912 he took part in his houses’ Tug of War Team, weighing in at 11st, by the following year’s match, he had gained 10lb.  He was also part of the Officer Training Corps, obtaining the rank of Lance-Corporal whilst at the school and performing well at shooting matches.

When Gordon left the school in July 1913 and took up a place at Pembroke College, Cambridge.  However, shortly after the outbreak of war, he joined the Queen’s Westminster Rifles, a natural choice given the rifle practice he had had at school.  He took a commission at a 2nd Lieutenant in November and was promoted through the ranks, becoming a Captain in November 1916.  He went out to the western front in September 1917 and was killed in action at Moeuvres in November as part of the capture of Bourlon Wood.

Gordon was buried in Hermies Hill British Cemetery in France.  His death is recorded on a family memorial in Highgate Cemetery. 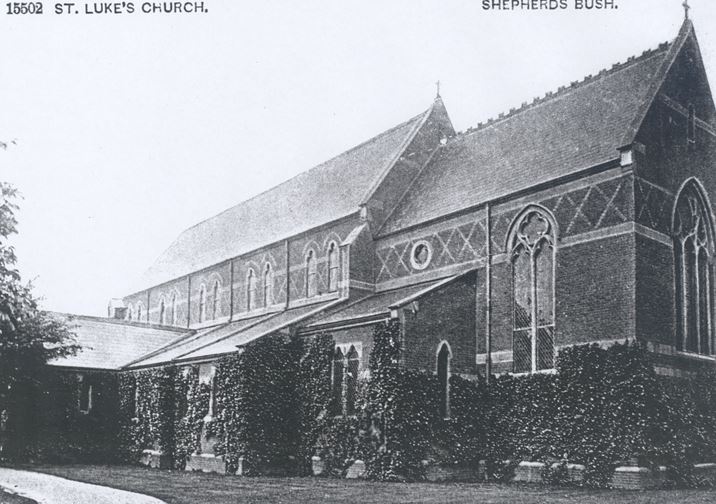 Richard de Rupe Roche was a Grantite, joining the House in 1893. He was a half-back in the House football team, but although he weighed in at 10st 4lb he did not help the house to victory against Home Boarders in the Tug of War.

Upon leaving school he joined the Army and fought in the Boer War. He was ‘wounded dangerously’ on 28 Mar 1901 at Rondal, and awarded the Queen’s South Africa Medal with Clasps: Cape Colony, Orange Free State, Transvaal, Rhodesia, South Africa. He was discharged the same year but maintained links with the military establishment by joining the Queen’s Westminster Rifles. He was a noted marksman, four times making the final hundred to qualify for the King’s prize at Bisley in the years leading up to the Great War. He also represented Ireland in shooting competitions in 1913 and 1914

Called up in August 1914, he went with his Battalion to France on 1 November 1914, and was mentioned in despatches for his bravery at the end of the month:

‘On the 30th November, Lieutenant J. B. Baber and Corporal R. de R. Roche captured the first prisoners for the Battalion. They had gone out at night to patrol along a ditch some way in front of the line, when they suddenly found themselves surrounded by three different parties of the enemy who had apparently arranged to meet at a certain spot. Two of the enemy patrols passed by without having their suspicions aroused, but the third consisting of three men was making its way towards the place where Lieutenant Baber and Corporal Roche were crouching. The latter immediately opened fire, and after killing one man rushed the remaining two, who threw down their rifles and surrendered.’

The circumstances of Roche’s death during the Houplines operations are also described in The War History of the 1st Battalion, Queen’s Westminster Rifles 1914-18, by J. Q. Henriques:

‘On 8 January, just as it was beginning to get light, Corporal R. de R. Roche was shot as he was crossing the open to get some water for his gun. He was not missed until daylight, when he was seen lying in the open in rear of the trench and in full view of the enemy, who was not more than a hundred and twenty yards away. It was practically certain death to attempt to reach him; but two very gallant men, Rifleman P. H. A. Tibbs, a stretcher-bearer, and Rifleman Pouchot (both of No. 2 Company), crawled out to him to see if anything could be done. As soon as they were seen, the enemy opened fire on them, but both men went on and succeeded in reaching Corporal Roche, who was found to be dead. Rifleman Tibbs was killed as he was kneeling over his body; but Rifleman Pouchot, who saw that both men were beyond help, managed to get back to our lines untouched. He was awarded the D.C.M. for his bravery on this occasion, and thus won the first decoration gained by the Battalion. Rifleman P. H. A. Tibbs was mentioned in despatches. Corporal Roche was a noted rifle and revolver shot, and a very keen member of the Regiment. At home he had always been ready to give to others the benefit of his experience; he had served in the South African War, and in France had already done some splendid work for which he was mentioned in despatches. In him the Battalion lost a good soldier and a true comrade.’

A less comfortable but probably more accurate account of Roche’s final moments appears in The Daily Graphic, a witness describing how he was actually found ‘gasping for breath, with a terrible wound in his face’, and how Tibbs was shot down as he tried to bandage him with a field dressing; similarly, further mention of the incident is to be found in the diary of Sergeant B. J. Brookes, also of the Queen’s Westminster Rifles, who stated that their bodies lay out in the water – for the area was flooded – for a long time, ‘the stretcher bearer lying with his arm round the neck of the other man’, since the Germans kept a close eye on them in the hope of catching further victims.

Pictured is the name plate from a temporary grave marker of Roche. The cross belonged to his daughter Miss Barbara Roche who died in 1981; Miss Roche’s only memory of her father was waving goodbye to him as he left by train when she was only five years old.