Arthur Aglionby was admitted to Ashburnham House in 1899 and remained at Westminster School for many years, leaving in 1905. After leaving the school, he was a student at Oxford, where he pursued his undergraduate degree, completing his Bachelor of Arts in 1908. He worked briefly as an assistant master to preparatory schools in St. Andrews and Bournemouth, before moving to Trinity College School in Canada. Here he remained while studying for his postgraduate degree, which he completed in 1912.

He was called to join the Dorsetshire Regiment of the British military in 1912, and returned to England in 1914 in order to pursue this post actively. He was sent to the Western Front in 1916, and served with the 174th, 244th, and 219th Siege Battalions. While here he steadily climbed the ranks, becoming Captain in 1917 and Major in 1918. He died of wounds received in action in 1918, while he was fighting in France.

He was awarded the Military Cross posthumously in 1919. He is commemorated in the Elizabethan of December 1918, and has buried at St Michael & All Angels Church in Ainstable, Cumbria.

Arthur George Hunt was the youngest son of Frederick William Hunt, and was born in 1881. He joined Westminster in 1895 and was admitted to Grant’s House, where he remained until 1899. Hunt remained in England for two years, before deciding to immigrate to Canada.

He left for Canada in 1901 and remained until the outbreak of war. He initially joined the Seaforth Highlanders at Vancouver, before returning to England with a draft regiment in 1916. A few months later he became 2nd Lieutenant in the Irish Guards and was sent to the Western Front in 1918, attached to the Guards Machine Gun Regiment. It was here that he died in action, leaving behind his spouse, Katherine Bingham Powell.

Charles Westcar Sheppard was the only son of William Sheppard, and he transferred to Westminster from Charterhouse School in 1897. He joined Grant’s House, where he remained for three years. When he left the school, he joined the Crystal Palace Engineering Collective, working with them for over a decade.

He enlisted in the 16th Public Schools Battalion in 1914, before moving to the Service Battalion in 1915. Here he rose the ranks to become Lieutenant in September 1916, before being transferred to the Royal Engineers in 1917.

He served in several locations during his time in the military, including the Western Front and Salonika. As part of the Royal Engineers, his bravery earned him a mention in despatches, and he returned home in 1918. Upon his return, he was employed in the Air Ministry, before passing away in unknown circumstances in October 1918.

Gilbert Goodman was the only son of Alfred William Goodman and Penelope Mary, and was born on the 5th July 1895. He was admitted to Westminster in 1909 and joined Ashburnham House, where he remained until 1913. In 1913, he studied with London University, but swiftly enlisted in the Public School Battalion, before transferring to the Inns of Court Officer Training Corps in 1914. That same year he was made 2nd Lieutenant of the 10th Battalion of the Loyal North Lanes Regiment.

He was sent to the Western Front in 1916, but was mistaken for another officer of the same name and reported as deceased to the War Office in 1917. Despite this mishap, that same year he was wounded in battle and invalided home, proving to be very much alive. During his time in the UK, he joined the Air Force and by 1918 had been gazetted to a permanent lieutenancy in the army. Once he received his wings as a pilot he was sent to the Italian Front, and it is here that he tragically lost his life, killed fighting two Austrian crafts before the rest of the patrol could get to his assistance.

Kenneth Kemp was born in 1895, the only son of Old Westminster Reginald Kemp. He joined the school as early as possible and was admitted to Ashburnham House in 1909. Unfortunately, ill health, a problem that plagued much of his life, forced him to leave the school early, and he departed just one year later. Kemp nevertheless showed strong artistic talent and eventually studied with the Chelsea School of Art. In 1917, he was elected an Associate of the Royal Society of British Artists, and a number of his pictures were exhibited at the Royal Academy 1916-1918.

However, his ill health restricted his war service, and he was eventually diagnosed with scoliosis in 1917. As a consequence, he worked principally as an ambulance driver, assisting in France and Belgium. In this role, he was awarded the Croix de Guerre for consistent bravery and saving life under fire. He was gassed near Nieuport in April of that year, and later returned home with a Commission in the Royal Army Service Corps. On 7th October 1918 he was taken sick, and died from influenza just eleven days later. 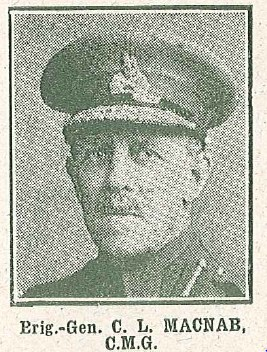 Born in April 1898, Herbert was the eldest son in his family, and consequently the first to attend Westminster School. He was admitted to Grant’s in 1912, and often took part in cricket tournaments, where he was a keen bowler. He left the school in July 1914 and enrolled in the Public Schools Battalions just a few months later.

It was here that Todd was invalided, and he returned to England in 1918, receiving upon his return the Military Cross with bar and the Croix de Guerre. By August 1918 he had recovered, and returned once more to the Western Front, where he was killed just a few months later.

Born in July 1888, Archibald was the youngest of a large family. Many of his older siblings, including his brothers Alexander Kenelm and William Hew, were also Old Westminsters. He joined Ashburnham House in 1901 and was a keen sportsman, as well as achieving good results in scientific subjects. After he left Westminster, he swiftly found employment with an insurance firm, working in both Edinburgh and Bombay (Mumbai), before moving to a London-based company in 1914.

Once war began he volunteered early, and saw service in Gallipoli in 1915, Egypt in 1916, and Palestine in 1917. He was sent to the Western Front in April 1918, and, despite having survived both the Egyptian Expeditionary Force and the Gallipoli Campaign, was killed in action only a few months later.