Arthur Aglionby was admitted to Ashburnham House in 1899 and remained at Westminster School for many years, leaving in 1905. After leaving the school, he was a student at Oxford, where he pursued his undergraduate degree, completing his Bachelor of Arts in 1908. He worked briefly as an assistant master to preparatory schools in St. Andrews and Bournemouth, before moving to Trinity College School in Canada. Here he remained while studying for his postgraduate degree, which he completed in 1912.

He was called to join the Dorsetshire Regiment of the British military in 1912, and returned to England in 1914 in order to pursue this post actively. He was sent to the Western Front in 1916, and served with the 174th, 244th, and 219th Siege Battalions. While here he steadily climbed the ranks, becoming Captain in 1917 and Major in 1918. He died of wounds received in action in 1918, while he was fighting in France.

He was awarded the Military Cross posthumously in 1919. He is commemorated in the Elizabethan of December 1918, and has buried at St Michael & All Angels Church in Ainstable, Cumbria. 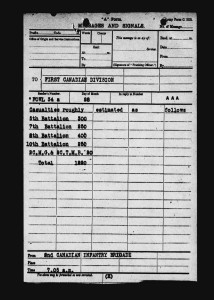