Alexander Daniel Reid, son of William and Margaret Reid, was born on 2nd February 1882. The family was from Dufftown, Scotland, and Alexander had an older sister, Rachel, and two younger brothers Stewart and Henry. Alex was admitted to the School as a Homeboarder on 16th January 1896, but he only stayed until December 1897.

He went on to R.M.C. Sandhurst in 1899 and became a 2nd Lieutenant (unattached) on 28th July 1900. He served as a Lieutenant with the Black Watch from October 1902 and was made temporary Major for the Royal Inniskilling Fusiliers in February 1915.

Alex and Harry were both present on the first day of the Battle of Passchendaele (3rd Battle of Ypres), which began in the early hours of 31st July 1917. Alex was killed by 10am. According to Harry’s memoir: “… the progress of the battalion was held up and Alex went ahead to ascertain the position. He was killed almost instantly by machine gun fire. […] an attempt was made to bring his body back but was abandoned owing to the rapid advance of the enemy behind a barrage of shell fire.”

Harry recorded his unsuccessful attempt to recover Alex’s body that ended with Harry being stretchered away to a casualty clearing station: “A  small lake lay to the north in front of me called Bellewaarde Lake. It had at one time been surrounded by trees, now only a few shattered stumps remained. The land around it, as far as one could see, had been churned by shell fire and reduced to a complete swamp by the continuous rain. It occurred to me that it would be almost impossible to bring Alex’s body back to the road even if I found him, yet I felt that I could not subject the sergeant and his men to the fatigue and risk of attempting such a task…”

Alex had been keeping a diary of his experiences since April 1916 and, following his death, this was forwarded to their mother who, by then, was living in Cowichan Station, Vancouver. 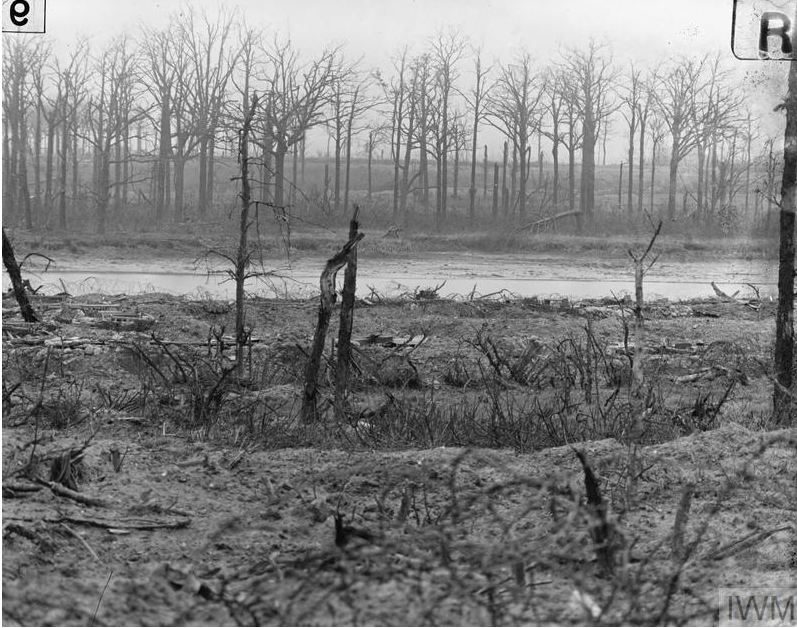