Gerald Moxon was born on 22nd November 1893, the only son of J. P. Moxon and joined the school in 1908 up Ashburnham. He opted to study “the modern tongues and sciences”, joining the school-wide rivalry between the Moderns and the Classics which, by 1908, had taken a poetic turn:

“Classics indeed can strut righte well
And talke and boast in their conceit;
But ne’ertheless in things that count
They’ll finde the Modernes hard to beat.”

Gerald played in the winning Ashburnham Junior House Football team in 1909. The Ashburnham House ledger records that he played outside right, but that he “also played back instead of last. He is a dashing player, very fast, and goes straight for the man (and usually gets him too!). He is a much better outside right than back.” 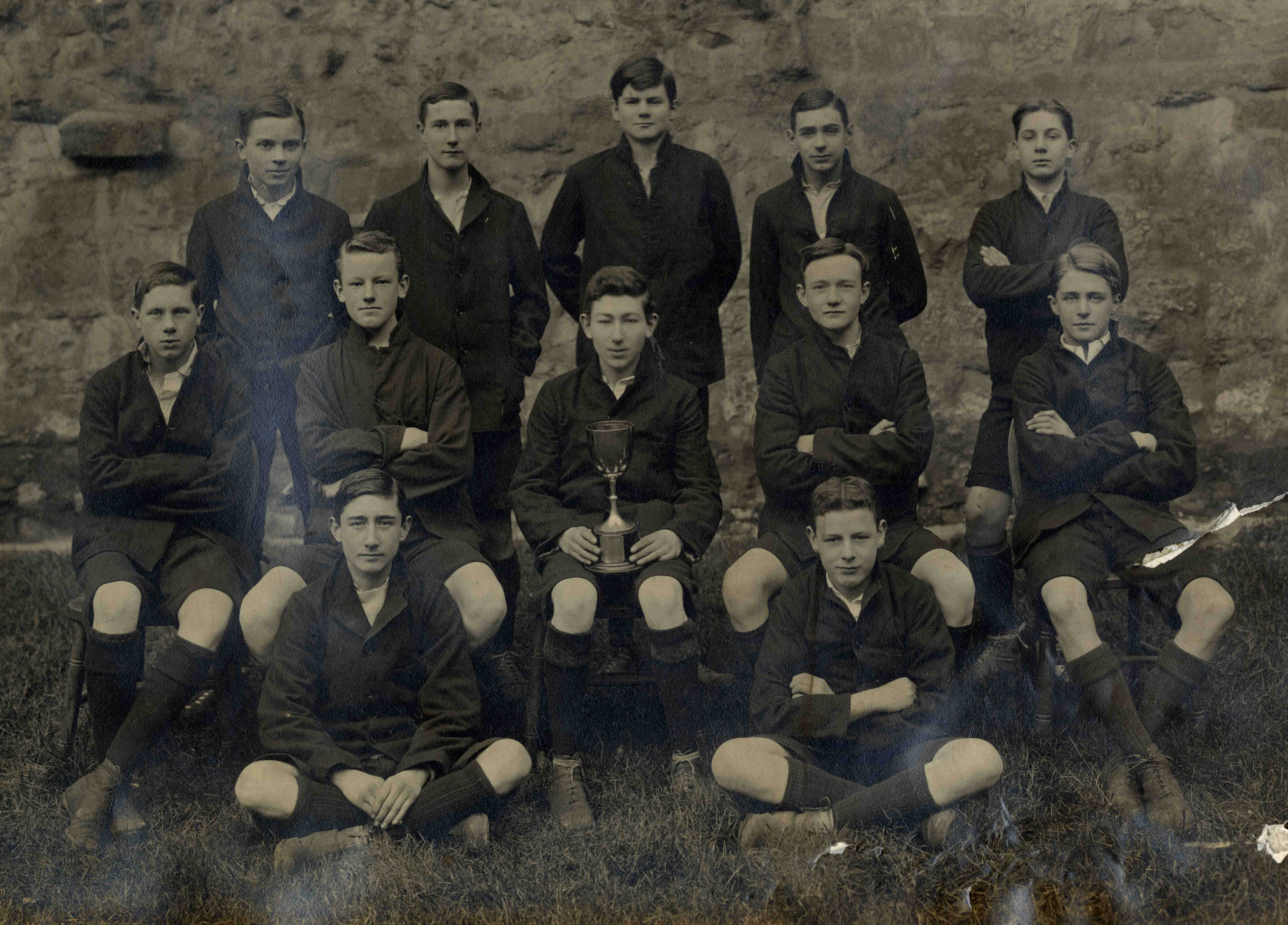 A celebratory Supper was held in honour of the victory on Tuesday 21st December. A song specially composed for the occasion was performed, the chorus went —

“Oh don’t let me play ‘gainst Ashburnham
For never that game I’ll forget
I was charged and knocked over the touch-line
While the rest put the ball in the net.”

(sung to the tune of The Tarpaulin Jacket)

On 1st of October 1913, Gerald joined the 7th Batt. Royal Fusiliers and was attached to the 4th Battalion in September the following year. He went out to the western front, but received a wound to the head on 20th October 1914 and was invalided home. He was promoted to temporary Lieutenant in February 1915 and returned to the front in March. By July, Gerald had achieved the rank of temporary Captain. He was killed in action at St. Eloi at the age of 22 on 27th March 1916. He was the 3rd member of the winning Ashburnham Junior Football teamto lose his life in the war — after R. Chalmers and J.W.H. McCulloch — and he was not the last…