Leslie Sidney Last was the youngest son of Arthur William Last and Elizabethan Anne Balaam and was born in Sutton. He was a pupil in Ashburnham House from April 1909 until December 1911.  He was athletic and played in his house’s winning Junior Football Team in 1909.  The house ledger recorded that:

“(right back) is a very plucky and sturdy little player; he is a good kick with either foot and tackles admirably.”

He was the 5th member of that team to die in the war – following contemporaries R. Chalmers and J.W.H. McCulloch and G.J.M. Moxon and E.C. Graham.

On leaving the school he became a driver for the Honourable Artillery Company. He later served in Egypt during the war until 1916 when he was promoted to the rank of 2nd Lieutenant in the Royal Field Artillery.  From there he went to Salonika before later becoming attached to the Royal Flying Corps in October 1917. Pilots were much in demand at this stage in the war and during 1917 experienced pilots were redeployed from the Sinai and Palestine Campaign to set up a new flying school and train pilots in Egypt. Last ‘obtained his wings’ – his license to fly in December 1917 and was then appointed as an instructor. He was killed accidentally while instructing a pupil near Cairo a less than two months later. 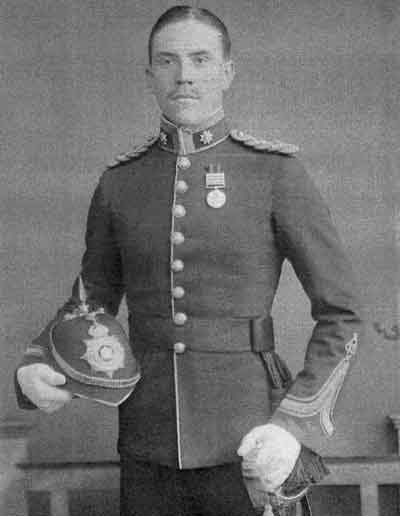 Reginald Benjamin Featherstone was born in 1881, and spent just over two years at Westminster from the age of 14. He played a lot of sport, both for the school and for Ashburnham house, and seemed to have a very active time while he was here. He was described as “rather too small” to be a great football player when he first joined, and perhaps it is telling that the house didn’t win a single match that year (and had a rather memorable 8-0 defeat to College). However he went on to play cricket with some success that summer, then returning to school the next September, seemed to have improved at football, playing twice for the 2nd XI, receiving house and school colours for the sport in the Lent term of 1898. He continued to improve, playing for the 1st XI the next autumn. Unfortunately this sporting success at Westminster couldn’t carry on, as Featherstone left the school, for reasons unknown to us, in December 1898.

We don’t know how he spent the intervening years, but almost exactly 3 years later, aged 20, he joined the Devonshire Regiment, starting a 13 year military career from ending with his death on December 18th 1914. He fought in the Second Boer war in 1902 and was promoted to rank of Lieutenant in 1904. At the outbreak of WWI, he was stationed in Cairo, so his battalion didn’t return to England until October 1st, shortly after which he was promoted to the rank of Captain. There he was placed under orders of the 8th Division, created entirely from returning regular army battalions, and used to reinforce the depleted BEF after the first battle of Ypres.

Featherstone has no known grave and is commemorated on the Le Touret memorial in Northern France.