William Vernon Rayner was in Homeboarders house from 1894 until 1898. Rayner played cricket for the school, although it is difficult to see why he was included on the team as he was not a good fielder and the most runs he is recorded as scoring is 4! He played for the school against Charterhouse and Eton, as well as in a special match against a team made up of members of the House of Lords and the House of Commons. In football, he played as a forward for Homeboarders. He scored their only goal in a 4-1 loss against Rigaud’s in the house football final in 1897. He performed even better in goal and in a match against the Old Carthusians in 1898 played ‘splendidly, saving shot after shot in fine style’ ensuring his team won 6-0.

After leaving school he became a solicitor and practiced in Smith Square. In the 1911 census he is noted as boarding at No. 10 Vincent Square. He then moved to Buenos Aires where he worked for the British Consulate. On the declaration of war, he returned to England and enlisted in the Royal Fusiliers. He served as a Lance-Corporal in France but was sent home wounded in March 1916. He returned to the front in late June 1916, and reported ‘missing’ three weeks later, when the advance was made near Bethune; presumed killed in action July 23, 1916. 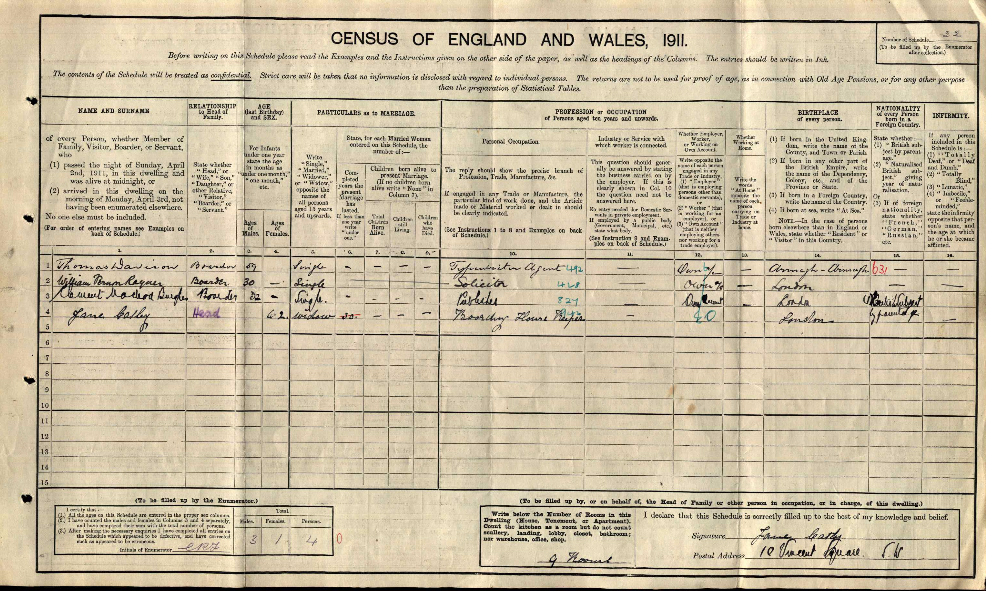 This entry was posted in The Fallen and tagged Buenos Aires, Cricket, Football, Homeboarders, Royal Fusiliers. Bookmark the permalink.