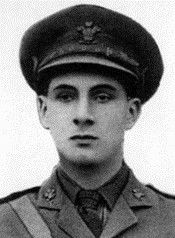 Robert Chalmers was in Ashburnham House from 1907 until 1911 when he left for Peterhouse, Cambridge. He must have had a change of heart though as he ‘vanished’ from the University after his first year and reappeared at Lincoln’s Inn where he had joined with a view to becoming a barrister. This clearly didn’t suit him either as in May 1914 he took a commission in The Prince of Wales’s Own Civil Service Rifles in the London Regiment.

Chalmers did not go out to the Western front until March 1915. He saw action in Festubert and of his last hours we have an account from a fellow officer, published inThe Elizabethan:

‘He was a gallant fellow. He died fighting without orders and practically with another regiment, otherwise he would certainly get a decoration. Another battalion was attacking, bombingalong the trench, by night, and I had a party working alongside. Chalmers had a patrol of three men keeping touch between us and the attack. The bombers got hung up and the attack was being driven back. Chalmers might have come back to tell us, but he didn’t. Bombs are infernal machines ; it is folly for anybody but an expert to touch them. Chalmers left his patrol, dashed forward, rallied the bombers as they fell back, and led the way, running along the top of the parapet, flashing an electric torch down into the trench and throwing bombs. He won the trench for them. He was absolutely fearless. Of course he was hit. He had two wounds, one slight, in the shoulder, and the other a ghastly wound, in the stomach. When the stretcher-bearers came to attend to him he sent them away to look for his bomb-throwers, and when they returned he sent them back again because he said they had not had time to bind up the others thoroughly. The doctor tells me the pain must have been awful. At last we got him on a stretcher, but an excited fool of a sentry thought we were Germans and held us up for about a quarter of an hour. When we got clear it was nearly light and we could not go back the way we had come. We took him round over all manner of obstacles, barbed wire, ditches, dead bodies, and heaven knows what. The doctor said he had just a chance, but he died next morning. He was conscious and talked to me, addressing me by name, and he never uttered a complaint. The only thing he wanted was to thank the men who were carrying the stretcher.’